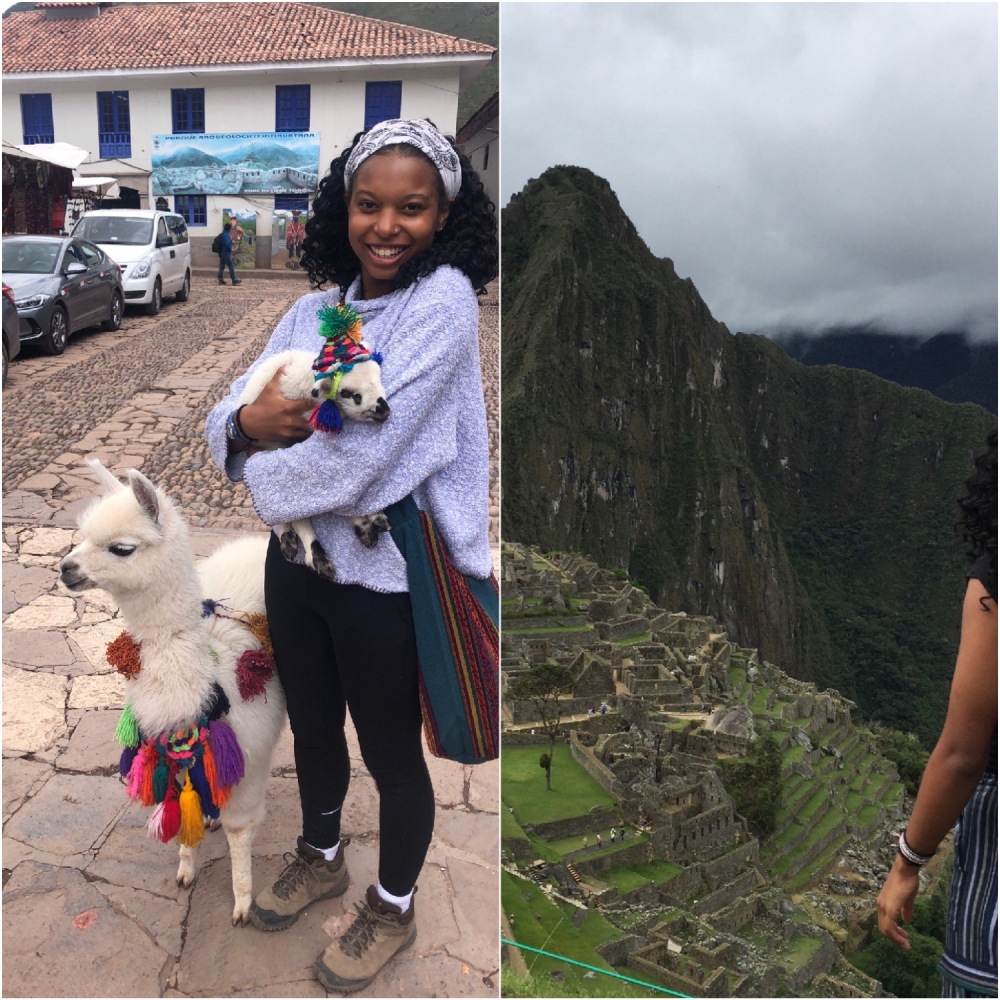 At the end of her senior year of high school, Maya Lewis, did not share the same exciting and nervous jitters that seniors feel as they await what the future holds. Instead, she was encouraged by her family to take a gap year in order to fully recover from her scoliosis surgery. Unhappy with this decision, Maya couldn’t help but feel uncertain and fearful about what she would do during her time off from school. However, after a couple of months of visiting her friend in Singapore, working as a waitress at Bartaco, and taking classes in creative writing and on horror films related to social issues at Duke University, one opportunity led to another and would eventually develop into a fulfilling experience that is worth sharing.

Maya Lewis is a freshman International Studies major with a minor in Spanish at Spelman College. When asked about her time off, she says, it began with an invitation to visit her friend in Tel Aviv, Israel. Committed to a change in scenery, Maya worked extra shifts to help pay for a plane ticket and in January of 2019, her plane departed for Israel. Before arriving in Tel Aviv, Maya had not researched or knew in-depth information on the Palestinian divide. For those that do not know, according to the Council on Foreign Relations, the Israel- Palestinian conflict dates back to the nineteenth century when the Holy Land, known as Jerusalem, was divided into the State of Israel, the West Bank, and the Gaza Strip. There have been wars, uprisings, and conflicts over territory between the Palestinian and the Israelis because both parties believe the territory, referred to today as Palestine, to be rightfully theirs. d

Maya Lewis, knowing this information later, began to notice the obvious tension while she was present. She recalls, “The conflict was never mentioned, and if it was, the person that was sharing was completely biased towards one side and prejudiced towards the other.” The experience, she claims can be summed up in one word, ‘complicated’. Before leaving Israel, Maya visited the Wailing Wall, one of Judaism’s holiest sites, then stayed in Jordan for two days where she was able to see one of the World’s Seven Wonders, Petra. She says, “It was incredible to see an ancient city remain intact and impressed by a multitude of cultural craftsmanship.”

Pumped by her visit to Israel, Maya researched programs for her third trip abroad. She came across, ‘Thinking Across Borders’, an international educational program to inspire students to address global social issues. Through this program, Maya was given the opportunity to travel to Peru and Guatemala for three months. Her first trip was to Lima, Peru, where she lived with a homestay family, began classes at 5am, and endured the overbearing heat as she worked on an urban garden in one of the 43 districts. The district, where the urban garden was located, was home to one of the succeeding generations of the refugees that escaped domestic terrorism in the 1980s. Enduring a tragic past, lacking financial stability, trash disposal, and running water, Maya says, the fourteen families still managed to commit to reforming their community through the urban garden. Maya further describes the district as being matriarchal, where many of the women were in charge of which family’s turn to help with the garden or helping her and her classmates make irrigation systems.

She also got to visit Paracas, a small town on the west coast of Peru with sea lions and a lot of scorpions. She laughs as she recalls swinging on a scorpion with an axe she seemed to have handy that was trying to chase her.

Her next stop was Tecpan, Guatemala, a place she describes as the prized part of her trip. The Guatemalan people were so kind, especially in her home stay. Maya lived in a home that was a stark contrast to her more modern home in Peru. She said the family had a fire stove, the bathroom was outside, and the streets were cobble stone. Another aspect she found very interesting was the impact of Catholicism on the Guatemalan people. She says, ‘it is no secret how the Conquistadors used rape, murder, and the extermination of culture and religion to dominate the ancient Mayan empire.’ It was interesting to her to see Guatemalan people thanking the Spaniard for bringing them Catholicism.

Maya worked in a classroom where she learned about education and how education can be used to liberate oppressed people. Maya Lewis was given the responsibility of a small group of kids where she graded and corrected their Spanish. She says, ‘I did not like that I was given immediate authority over the kids in the classroom, even though I didn’t speak Spanish that well, just because I was a foreigner”. However, over time, the young kids helped her with her Spanish and taught her many life lessons.

Following her trip to Guatemala and Peru, she was allowed to meet with her state representatives and talk to the Foreign Aid Office about the many ways the United States is involved in foreign aid. Overall she has learned that in order to develop a community, one has to take into consideration the people and the culture. She says, ‘Development is determined by that particular space. It has to be something the community wants and desires. Top-down development projects do not take into consideration the culture and language of the community; rather, they ambush a marginalized country, implementing ideas that they think will facilitate development.’ Maya hopes to bring her knowledge of cultural immersion and development to communities in her home country.